Redgrass (Bothriochloa macra) is a warm season grass that has green or reddish tinged leaves. You will find this grass naturally occurring along the South East coast of Australia. It survives well in harsh dryland conditions where less hardy grasses usually fail thanks to its ability t0 withstand long periods of drought. During the winter, Redgrass enters a dormant period. Redgrass is commonly found with Wallaby grass and Queensland Bluegrass.

Redgrass produces valuable fodder over the warmer months. When managed can be a useful perennial pasture. This is due to its persistence during droughts. For the same reason, this native is a perfect choice for soil conservation in heavily grazed summer pasture. It is also useful for soil conservation on degraded sites and river banks.

It is also useful as a grass cover on light roughs of golf courses. A real advantage of this native as a lawn is that it produces short rhizomes. This means the grass slowly spreads beyond the individual plant and will ultimately cover the soil completely. As a turf or lawn, it is a great choice in areas of low rainfall and infertile soils or on difficult clay soils.  This native has also been found to be tolerant of heavy metal laden mine wastes. While also showing tolerance to the poor conditions of tailings dams. 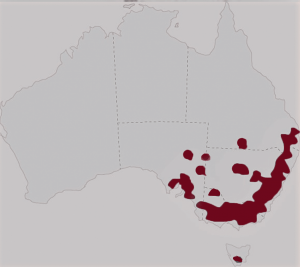