Plains grass is a warm season native perennial grass that will grow in tufts up to 2m tall.  You will commonly find it growing in patches on heavy clay soils. It does however do quite well on soils with good moisture and high fertility, and neutral to alkaline soils. The Slopes form the eastern edge of its distribution within New South Wales and Victoria becoming more common on the plains. Plains grass is particularly frost sensitive but drought tolerant. Common on heavy clay soils, it prefers good moisture, high fertility, and acidic to alkaline soils

Plains grass will often be a dominant species with different varieties of Wallaby grasses and Kangaroo grass in temperate grasslands but are largely absent in the northern grassland. These natural temperate grasslands often occur on heavy clay soils in areas with low annual rainfall (<400mm).

There are many species of Austrostipa, each of which has different characteristics, but all are well known as having high tolerance to drought, poor soils and high temperatures.  They grow in association with dry eucalypt forest, woodlands, shrublands, in low open forests, grasslands and along coastlines. These grasses often occur in shallow soils of low fertility in areas of high summer temperatures. They are able to survive and remain green even under dry, hot summer conditions. Plains grass is very similar to other tall Austrostipa spp. in its appearance. 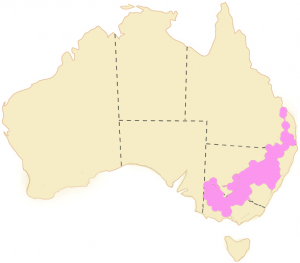